Q. What is the difference between a primary source and a secondary source?

I. Primary Sources - original documents or artifacts created during the time period being studied. They often include first-hand or eyewitness accounts or have an inside view of a particular event. 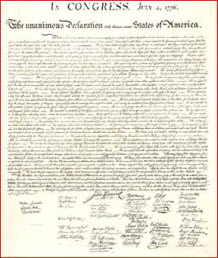 III. Tertiary Sources - provide overviews of a topic and synthesize information from other primary and secondary sources. Examples include: textbooks, encyclopedia articles, and Wikipedia.

Distinguishing between these three types of sources will vary according to context and situation. For example, if you are analyzing how African American history was depicted in middle school textbooks in the 1980s, then the textbooks would be considered a primary source rather than a tertiary source.